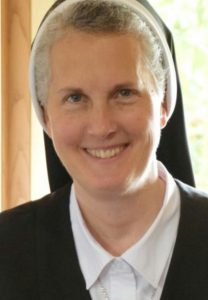 Sister Angela Marie Mazzeo was born in 1966 in Philadelphia, Pennsylvania, USA. She entered the Congregation in 1992, after having received her Bachelor’s Degree in Pharmacy from Temple University. After first profession, Sister began her ministry at Nazareth Hospital. In subsequent years, Sr. Angela returned to school to obtain a Master’s Degree in Business Administration. Over her 15 years of hospital ministry, Sister served as a staff Pharmacist, Pharmacy Supervisor and eventually Director of Pharmacy. Sister served as a General Councilor from 2010 to 2019. During the General Chapter in 2019, she was elected the Superior General. 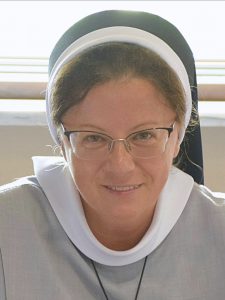 Sister Alina was born in Bielsko-Biała, Poland in 1969. She entered the Congregation in 1987 in the Name of Mary Province (Cracow). Her educational background includes catechetical studies, Master’s and post-graduate studies in Polish philology. During her years in ministry, her work was always connected with the youth in Cracow. She ministered also in Ukraine where was engaged in various parish groups and catechesis of children, adolescents and adults. From 2001, Sister worked as a teacher of Polish language and an educator in the high school of the Sisters of the Holy Family of Nazareth in Kielce. Over the last few years, she served also as the superior in the local community. During the 2019 General Chapter, she was elected an Assistant General. 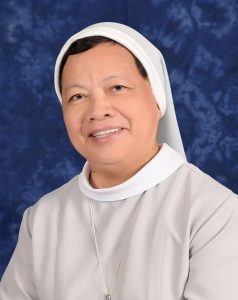 Sister Maria Fe was born in Madridejos, Cebu in the Philippines in 1957. She entered the Congregation in 1984 in Mary of Nazareth Province. Initially educated in Pharmacy, Sister also obtained an MS in Leadership in Mission. Her apostolic experiences include involvement in Vocation and Initial Formation and Family Ministry, followed by leadership as a Provincial Superior (2008-2014). At the 2019 General Chapter, she was elected as a General Councilor. 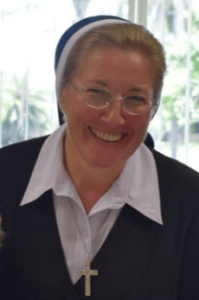 Sister Lucyna was born in Wadowice, Poland in 1968. She entered the Congregation in 1986 in the Name of Mary Province (Cracow). Sister’s resume includes studies in Economics, Finance, Banking  and Canon Law. She served in the Home for Single Mothers in Cracow, our nursing home in Wroclaw and in a parish in Gdynia. She ministered also in Italy (1989-1991) and Australia (2004-2019). While in Australia, Sister worked both in the parish setting and fulfilled the role of the Provincial Treasurer (2005-2016).  From 2017, she served as the Provincial Leader for Holy Spirit Province (Australia). At the 2019 General Chapter, she was elected as General Treasurer and Councilor. 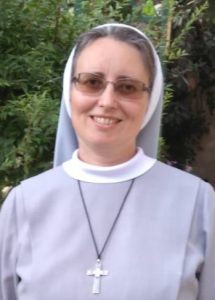 Sister Speranza was born in Gdynia, Poland in 1974. She entered the Congregation in 1993 in the Holy Name of Jesus Province (Warsaw). Sister completed studies at the Salesian Pontifical University in Rome in the area of Pedagogy for Vocation Training. She ministered in different facilities of the Congregation in the Jesus the Good Shepherd Province (Western Europe). She has served in Poland, England and Italy. However, most of her religious life, she has served in Nazareth in the Holy Land. For the last few years also as the local superior. At the 2019 General Chapter, she was elected as a General Councilor. 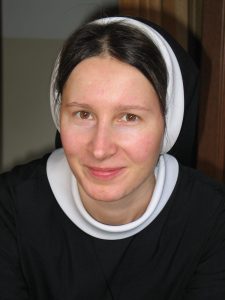 Sister Amabilis was born in Krotoszyn, Poland in 1976. She entered the Congregation in the Holy Name of Jesus Province (Warsaw) in 1995. Her educational background includes a Master’s Degree in Pedagogy, post-graduate studies in Spirituality and at the Academy of Educational Leaders. She has worked in our convents in Zakopane, Enfield, Kalisz and Warsaw. From 2010 to 2016, she served as the Provincial Secretary/Councilor. From 2016, she worked in our schools in Warsaw, first as supervisor of the boarding house, then as Vice-Director, school counselor and educator. At the 2019 General Chapter, she was approved as the General Secretary and Councilor.