Similar to the words spoken by Pope John Paul II and Pope Benedict XVI, Pope Francis, during his visit to the Holy Land in May 2014, turned to the consecrated persons gathered in Gethsemani said:

You, dear brothers and sisters, are called to follow the Lord with joy in this holy land! It is a gift and also a responsibility. Your presence here is extremely important; the whole Church is grateful to you and she sustains you by her prayers. 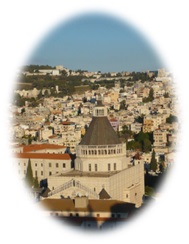 “Nazareth” is associated with the mystery of the presence of Jesus, Mary and St Joseph in the little town of Galilee, from which “Love emerged to the whole world,” the mystery of which so captivated our Blessed Mother Foundress.

….and this is how I envisaged life in Nazareth: a life of love, work, duties, giving of oneself in everything that the Lord Jesus asks of us.  And… to do this with kindness, lovingly, happily, freely, in order to draw everyone to Jesus.  But at the same time, in the depths of one’s soul, in one’s inner life, to be united most intensely with God.  This is how Jesus lived in Nazareth.   (M.F. Journal 01.12.1885)

The idea of establishing a foundation in Nazareth was a heartfelt desire of the Sisters for some time.  The Chronicles of the Generalate refer to several attempts made to establish a house in Nazareth, but the efforts did not bring the desired outcome until the time was right. Through the efforts of the Prelate Krystian Gawron and the great kindness of Patriarch Michel Sabbah and the Bishop of Nazareth, J. E. Giaccinto Boulos Marcuzzo, our first home in Nazareth was established. This was the long awaited answer to the prayers and wishes of many generations of Sisters. 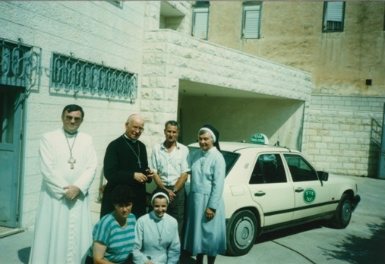 The Superior General during those years was Mother Maria Teresa Jasionowicz.  It was on August 20, 1994 that the first sisters: S. Rita Kathryn Sperka, S. Róża Pujsza and S. Wiesława Malesa, came to their new home. The Sisters’ ministry was to serve in the Latin Patriarchate in the Vicariate of Nazareth. It is not without significance that the first sisters came to this place of the original home of the Holy Family during the Year of the Family.

The first three Sisters who were called to this mission, had to overcome many difficulties associated with living in a foreign culture, the inability to speak the languages and various other problems. Their great dedication, enthusiasm and courage in the face of these challenges were truly inspirational.

Finding ourselves in the new reality of the Eastern culture, in a land rich with a variety of languages, living among people of the three great monotheistic religions: Christianity, Judaism and Islam, adaptation took some time.

But it was and is a wonderful adventure, because, whatever the work, they kept strongly intact the original aim of their coming: “To remain by the spiritual source of their congregation, for the congregation and on behalf of the congregation”. As if they were in charge of drawing fresh water every day for renewing the Nazareth spirit of all the Sisters of the Congregation. 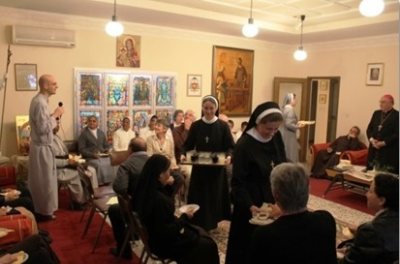 Our Sisters minister in the Latin Vicariate in Nazareth where Bp Rafic Nahra, the Patriarchal Vicar for Israel, lives.  The house is located near to the Basilica of the Annunciation. Sisters’ work involves providing warm hospitality to visitors coming to the Vicariate in Nazareth, being a welcoming presence to guests staying in the house, all the while taking care of the house, meals, and the necessary tasks of everyday life.

Because the sisters live close to the Basilica of the Annunciation, they often welcome passing pilgrims and guests, some among whom are our own Sisters.  In addition to the ordinary everyday life of the Patriarchate, numerous guests and groups come to visit from around the world. The Sisters have an opportunity to meet and interact with these special guests.

Living and ministering in Nazareth give the Sisters an opportunity to experience the realities of the Middle East – local culture, traditions, richness of the Church and her varied liturgical events in different rites. The Sisters are involved in the life of the Church and take part in the celebrations of the local church in the Holy Land, of which they are a part – like “living stones” and witnesses to important events.

Sisters have also made connections with many local families. They are present to the elderly and the sick, sharing in their joys and sorrows by visiting hospitals or going to the homes of the sick.

Over these past 25 years, the life of the Sisters in Nazareth, has resembled the life of the Holy Family in its ordinariness and simplicity. Like Jesus, Mary and Joseph they live an ordinary life, and carry out their work in hiddenness and silence while being  faithful to their prayer life. By participating in religious ceremonies, they remain united with the faithful and live each day aware of the problems of the Church in this land.

A DECORATION FOR SR. WIESŁAWA MALESA 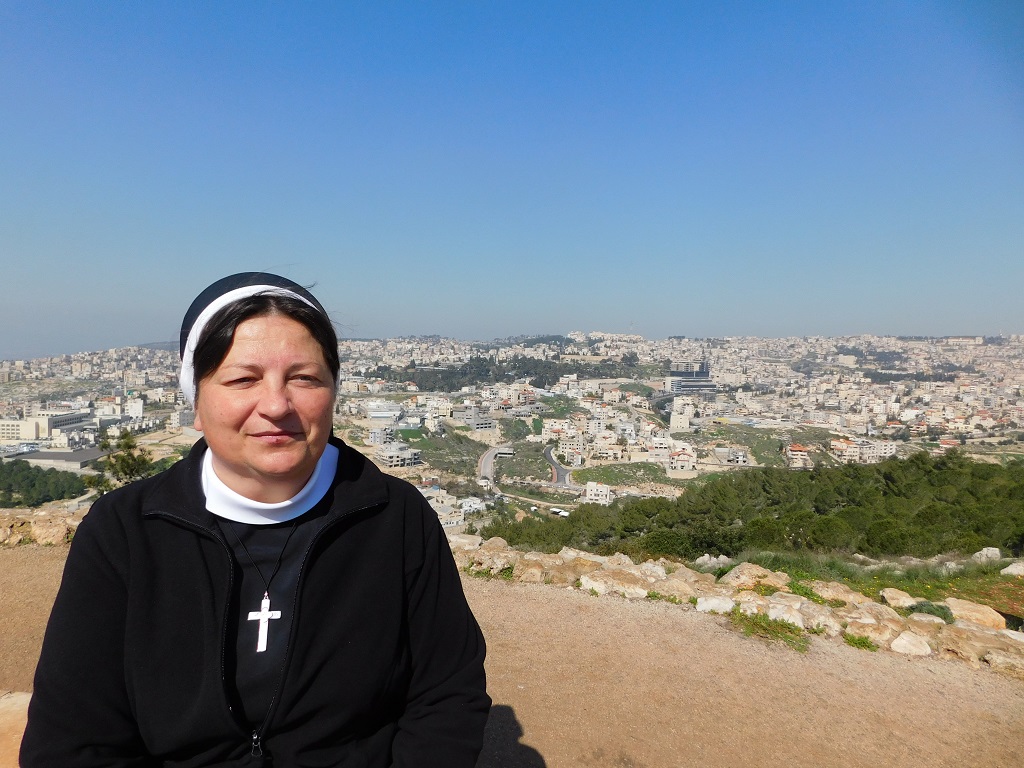 MY MEMORIES FROM THE HOLY LAND 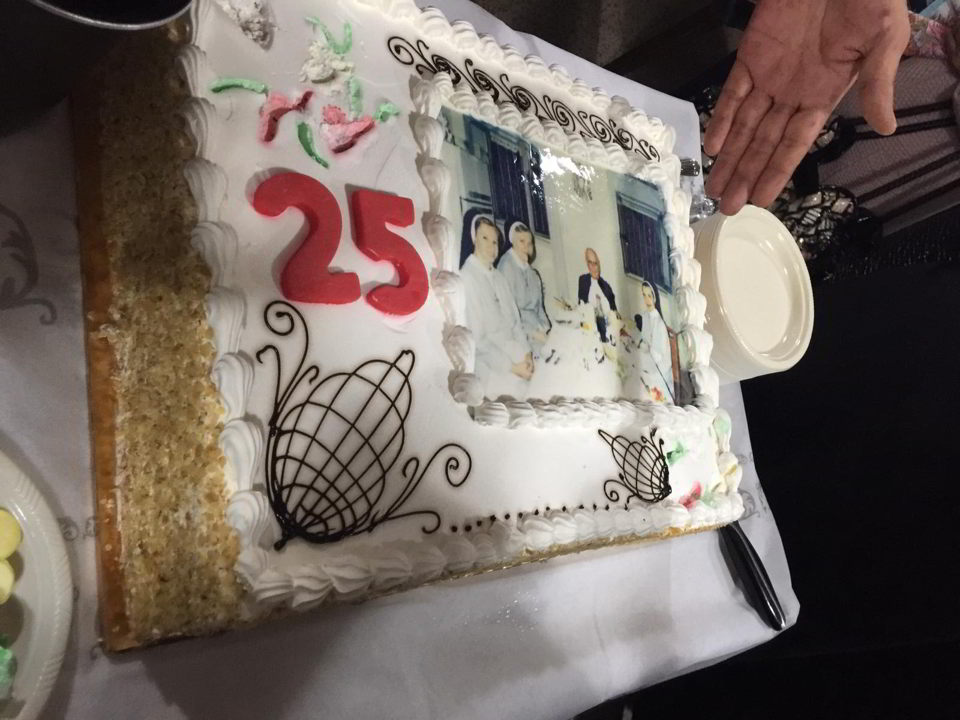